Fighting cancer isn’t easy.
Financially preparing for it is.

You will receive email shortly.

A Non-Linked, Non-Participating Protection Plan that covers both Early and Major Stages of cancer

Your Plan. Your Benefits

Flexibility to choose any or all of the following benefits

Select your core objective for buying an insurance cover

In addition to the base benefit, the following benefits shall be available under the plan option as:

In addition to the base benefit, the following benefits shall be available under the plan option as:

SURVIVAL PERIOD
7 day survival period between the date of diagnosis of a condition and the date eligibility for a benefit payment would be applicable.

EXCLUSIONS: Cancer Insurance
No benefit shall be payable under the policy in respect of any Major Cancer, Carcinoma-in-situ or Early Stage Cancer resulting directly or indirectly from or caused or contributed by (in whole or in part) :

First occurred during the waiting period.

Health Plans are simple to understand!

Tune in to this video to know about our Health Plans. 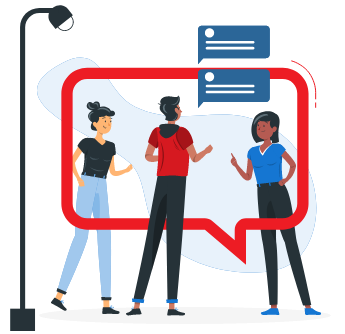 HDFC Life brings to you a comprehensive Cancer Care plan that provides financial protection for both early and major stage of cancer.

This is a plan that not only gives pay outs but also a waiver on premium for the next 3 policy years on diagnosis of early stage of cancer.

2 Why do I need the HDFC Life Cancer Care Policy?

With the rising incidence of Cancer in our country, it is necessary to protect your loved against it. To ensure that you and your family are financially protected against this giant disease, Cancer, HDFC Life brings for you HDFC Life Cancer Care ones which will take care of emergencies and help you to continue achieving your life goals without any speed breaker. The various features of the plan are as follows:

2. The above mentioned tax benefits are as per the current tax law. Your tax benefit may change if the tax law changes. Consult your tax advisor for your personal tax liabilities under the Income-tax law.

3 What are the Plan Options available for this product?

4 What is the discounted Premium on higher Sum Assured?

There would be discount in the form of lower premium rates for incremental Sum Insured over & above. ₹ 10,00,000.

5 What are the Premium paying frequencies available for this Plan?

The premium paying frequency available for this plan is Annual, Half-Yearly, Quarterly & Monthly.

6 If I don't claim any amount, then will my Sum Insured limit increased in the subsequent year?

Yes, the sum insured limit will increase from the subsequent year but this increased benefit is applicable in case of the policyholders who have chosen the Gold and Platinum plan. Under this benefit, the Sum Insured will increase at a rate of 10% of the Initial Sum Insured per annum starting from the first policy anniversary.

This increase will continue till the earlier of:

7 How will the Pay Out happen for this plan?

Payout will be depending upon the plan Option chosen.

In case of Silver Option the lump sum benefit is payable:

Gold Option: Under this option the policyholder receives the benefits described under the Silver option plus an increased benefit.

Under Increased benefit, the Sum Insured increases by 10% of initial Sum Insured each year starting from the first policy anniversary. This will continue till the earlier of:

Under this option the policyholder receives the benefits described under the Gold option benefit plus regular Income Benefit.

Under Income benefit option a monthly income equivalent to 1% of applicable Sum Insured would be paid out to you on diagnosis of the listed major cancers for a fixed period of next 5 policy years.

8 What is the minimum & maximum cover that I can opt for this plan?

9 Are there any network hospitals that the company has tied up for cancer treatment?

Unlike a health insurance, a cancer insurance doesn’t cover hospitalisation expenses. The policy pays out a lump sum to the insured upon diagnosis of the types of cancer listed in the plan. It provides financial protection to your family and can cover expenses like out of pocket medical expenses, out of network specialist, experimental cancer treatment, travel and lodging etc. You are free to seek any type of treatment at a hospital of your choice, including those outside the network.

10 Does the family get any sum assured upon the policyholder's death?

The sum assured is paid to the policyholder upon diagnosis with cancer. Cancer plans aim to help offset the expenses that incur while battling the critical disease like cancer. Therefore, the payout is linked to diagnosis of disease and no death benefits is payable.

11 How long does it take to get the reimbursement?

As cancer plan doesn’t pay for hospitalisation expenses, you don’t have to submit any bills to proceed a claim. The policyholder will get a lump sum upon diagnosis of cancer and needs to produce medical records of the same to receive the payout.